You and Byrd and Thoreau

Geriatric Care Manager > Geriatric Solutions > You and Byrd and Thoreau 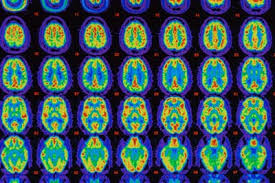 I think it is safe to say that most of us are really ready for this pandemic and quarantine to come to an end, and with two vaccines already approved we can see a light at the end of the proverbial tunnel.  But can you see the silver lining in the quarantine that has isolated so many of us and our loved ones?  Research published this past week tells us that it is this loneliness of 2020 that actually helps stimulate the brain to build greater creativity and imagination.  All of us have read at least parts of Henry David Thoreau’s Walden, and a few may be aware of Admiral Richard Byrd’s chronicle of his isolation at then the farthest south pole habitation in a book called Alone.  Thoreau spent over two years on his own outside Concord, and Byrd spent five months alone in the dark polar winter of Antarctica.  Both spent a lot of inward time reflecting.

The silver lining actually is gray…gray matter that is.  The article based on this research was published in a journal called Nature Communications. The researchers had suspected that a network in the brain that is tied to memory and social cognition likely was changed among people who were isolated or lonely.  Lonely people, they hypothesized were understandably more likely to reminisce and maybe even imagine or plan their futures.  Through neural imaging, the scientists found that this creative part of the brain actually physically increased in size, significantly larger than study subjects who were not lonely.

Maybe just a quirk among some small number of people studied you may say?  Well, the scientists had a database of 500,000 people between ages 40 and 69 in UK on which to base their analysis.  The data were collected because UK took loneliness seriously, even appointing a Minister for Loneliness.  This building up of gray matter may be an outcome of our brain’s default to avoid the “use it or lose it” syndrome. It may seem at odds with what we have reported in the past about isolation giving rise to depression and possibly also fueling the onset of Alzheimer’s.  The scientists are on those trails as well.  Knowing that Alzheimer’s also is linked to the APOE-4 gene, they are following up with patients by genotype to see what they can discover.

Their research has significance coming out of this pandemic year, and I am optimistic when scientists can report some good coming out of this long downtime we all have had.   I will keep your apprised.  In the meantime, please continue to do all that we are asked to do by the public health officials.  Social distance and quarantine continue to be your friends, and they may even prove to be your inspiration.

Good News from 2020?
How the COVID Vaccines Work