How the COVID Vaccines Work 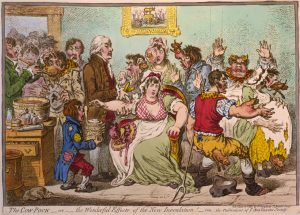 If you’re like me, you have been following too much news on the pandemic, but hopefully you also have been following the good news of the new vaccines being released.  Yet, national polls show that more than 40% of Americans claim they will not take a vaccine when it becomes available, evidently a carryover of years of false science from anti-vaxxers and maybe a present mistrust of government.  So, how effective can a vaccine be if only about 60% of Americans will accept the cure?  Well, scientists say that until we can vaccinate 70% to 90% of the population (and this can be combined with those who have had COVID-19 and recovered), we won’t have herd immunity.

Let me start with my title of this week’s post and remind everyone that the vaccine only works if you take it.  Second, let me give you the breakdown on how these rather unique vaccines will work.  But first, please allow me to take an historical detour to the first scientifically-proven vaccine and Dr. Edward Jenner, considered by many to be the father of modern immunology.  This is also where the drawing here originates.  Edward Jenner lived in the late 18th century when smallpox was a viral killer.  There had long been rumors in Jenner’s time that milk maids contracted something called cowpox from their occupation, but that they were subsequently immune to the feared smallpox.  Long story short, Dr. Jenner proved that to be the case, and cowpox vaccination as a prophylaxis against smallpox ultimately became the standard of care.

Flash forward to here and now, and we have some new vaccines that make use of the messenger RNA which facilitates the replication of COVID-19, but is not the virus itself.  Scientists can wrap each piece of mRNA into a nano particle of lipid (natural fat) and inject it into a patient.  The lipid melts away, and the patient’s immune system sniffs out some alien messengers (the mRNA) which triggers the body’s alarm system to its immune system.  Immune system rallies and attacks all cells with that mRNA code and sends more of its responding troops to their ready position throughout the body.  If anything tied to COVID-19 sets foot in the human territory the responding cells are ready and in force.  Boom.  Immunity.

This should be one of those films we used to get in school about why we are supposed to wash our hands during flu season.  Or some of you can recall polio vaccines and how polio has been nearly eradicated through the ongoing work of Rotary International and the Bill and Melinda Gates Foundation’s efforts.  Rotary has this disease down to only Afghanistan and Pakistan, and sadly efforts have been sidetracked by the current viral plague called COVID-19.  Yet, the volunteers with Rotary and allied organizations have been so relentless that we have very nearly eradicated polio in the world. You have to believe in something during this unprecedented time; choose to believe in the science.

You and Byrd and Thoreau
Potential Alzheimer’s Breakthrough