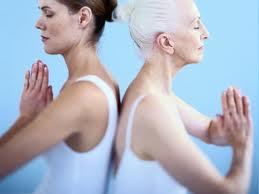 Would you look for advice from an investment counselor who simply promised a lower rate of loss on your investments? Would you buy the car that promised mileage not as bad as some of the others? Well, we have been told until well into the 1990s that the number of brain cells we have is pretty well fixed post-adolescence, so it would have seemed that anything we can do in the way of brain help is the equivalent of less loss.

The story starts with some information you may not have heard. We all have heard of the “gray matter” of the brain which is the neurons that create and hold our memories…our interactive scrap books. We don’t hear as much about the connective brain tissue called white matter, or axons, a fragile network that can be prone to thinning or atrophy over time. This latter part is the wiring of the brain, and it was considered to be a fixed asset of the brain…it was assumed it didn’t grow and probably was prone to some amount of wearing down over time, much like our cities’ infrastructure…the wires begin to wear out with age.

Scientists have found within the past decades that not only can our brains produce more neurons over time, but also more axons to connect the neurons even as we age. A team of neuroscientists at Colorado State University has focused recently on the white matter among 60+ year old subjects finding that it can grow and remold itself…especially among physically-active people. In their study they divided these “older” volunteers into three groups assigned to supervised programs of stretching and balance (yoga), brisk walking or dancing. They were all tested at baseline for aerobic fitness and they received MRI scans of their brains.

At the end of six months the dancers and walkers not surprisingly were more aerobically fit. As the scientists examined the brain scans, they found that one group stood out with renewed white matter, some parts of the brain even larger and any tissue lesions on the white matter that had earlier been detected were smaller now. Dancers and walkers showed the most benefit, but even within these two groups the walkers were clearly the leaders in their axon health. And at the other end of the exercise continuum, the yoga group, showed more thinning and more lesions in their white matter.

These findings were supported by cognitive tests which were generally consistent with the aerobic fitness results showing better results with the walkers. More work still needs to be conducted among larger samples and more age diverse groups of people. At the very least, however, the science to date shows that we all will benefit by getting up and moving. Put on the miles and your brain and legs will repay you with better health…physical and mental. Your white matter…well…matters!