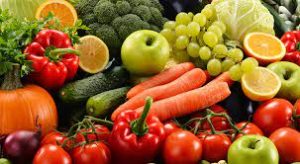 This is one of those cases where the data are impressive. Scientists have been following over 100,000 men and women (in comparable numbers) since the late 1970s and early 1980s. In the 2010s they revisited these individuals a series of seven surveys of diet and health. Ironically, the foods that may be most delightful in the colors they add to a culinary presentation are also the ones that can most give a boost to everyone’s brain power. The scientists found that flavonoids, the part of the plants biochemical make up that offers the colors that “pop” in the produce section of the store, are aggressive protection against the forgetfulness or confusion that often are associated with advancing age. This was not one of those studies that show what happens when one group was given flavonoids and the other wasn’t – an experimental design – but the research had a large enough sample and followed these 100,000 people for a long enough time to offer a strong foundation for conclusions. In short, what we eat can affect our brain’s cognitive health, and other scientists were sufficiently impressed that the research was published in the journal Neurology.

The specific elements that contributed to this “brain health” were part of what are termed flavonoids like the beta carotene in carrots or flavone in strawberries or anthocyanin in apples and other produce. The more flavonoids that people in the study consumed the less their cognition declined. (Flavonoids include flavonols, flavones, flavanones, flavan-3-ols, anthocyanins, polymeric flavonoids, and proanthocyanidins.) The beneficial foods extended beyond strawberries and carrots to include bananas, oranges, grapefruit, celery and peppers…basically look for a brightly colored vegetable or fruit, and you have a cognitive reward.

The positive impact of these foods included better short term memory or recall, ability to process and follow instructions, better engagement in group conversation, easier navigation of familiar places or just plain less forgetfulness or confusion. Pretty good reward for maintaining a healthy diet! The scientists go so far as to recommend starting the healthy diet as early as possible, because it is never too early to have a sharp brain. The downside? Well, the scientists found that some of our less favorite foods also are good for our brains: winter squash, raw spinach, onions and brussels sprouts. Perhaps this is a reminder that we should plan our meals with the less desirable vegetables to be followed by a healthy and tasty desserts with strawberries or apples or peaches?

Get Smart!
Your Flight to Nowhere is Boarding