What You Can and Cannot Change About Dementia 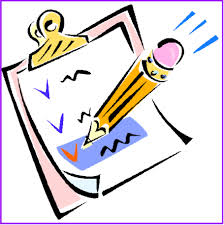 Let me start with the short answer to a question we raised in the email announcement of today’s post.  ADRD is a term in common medical use that captures a number of conditions whose hallmark is cognitive decline: Alzheimer’s Disease and Related Dementias.  The rest of the story, however, is about what we can and what we cannot control about whether we actually develop one of the ADRDs.

The good news is that nearly 40% of cases of ADRD owe to lifestyle choices that we can – well – “unchoose.”  If you were told that some basic lifestyle choices that we all make could actually reduce our chances of developing one of the dementias by nearly 40 percent, would you take steps to change your personal habits?  Researchers analyzed the histories of nearly 400,000 people in the U.S. who were 65 years old and older to see what made the difference between those who received the diagnosis and those who didn’t.

Let’s say that you agree to make some changes, what are the modifiable risk factors that these scientists found:

Process these a bit and you’ll probably notice that a number of them are really connected to others.  Obesity, for instance, can be associated with lack of physical activity and also can lead to either diabetes or high blood pressure.  If a person begins to work on the list, the risk improvement can be quite impressive on improving one’s standing on one leads to benefit on other measures.

The researchers also reported that three risk factors that we cannot control also impact our likelihood of developing dementia: gender, race and ethnicity.  The earlier we start on the factors over which we do have some control, the better.  Make a list and start…maybe yesterday?

Why a Flamingo Stands on One Leg
Age and “Long Covid”