Not Where You’d Expect Protection from Dementia 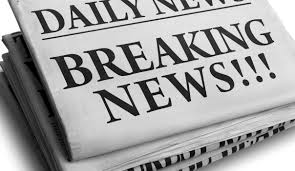 You may recall the debate on approving Biogen’s Aduhelm for Alzheimer’s this past year.  Prior to this approval there had been no new therapies for almost two decades.  And honestly, none of the earlier therapies…or seemingly even Aduhelm…provided much help to those whose cognition is failing.  There is some breaking news, of late, on at least two fronts that there may be other medical interventions that can suppress or delay the onset of Alzheimer’s disease.

Researchers at Cleveland Clinic investigated 1,600 drugs already approved by FDA for other medical conditions to see if there might be a beneficial effect for Alzheimer’s.  They found what looks to be a possible winner in the widely-known drug, Viagra.  It has some brand awareness for all the ads we all have seen over the years for its treatment of erectile dysfunction.  Generically known as sildenafil, this therapy early on was found to be helpful in resolving pulmonary hypertension, and that was its clinical path before reports of a rather pronounced side effect came to dominate its story line.

Looking now to the data over time, the Cleveland Clinic scientists documented men and women (not that many in these data) were 69% less likely to develop Alzheimer’s over a six year period than those who did not take Viagra.  This is after they took into account the sex, age and other diseases and conditions of the study subjects.  This has been an observational study, and the scientists now are in the early stages of clinical trials that will offer a more definitive assessment of the potential added benefit of Viagra.

In another unrelated study of people 65 and older a Seattle-based group of clinicians have found another clinical intervention that seems to have a strong preventive effect on developing dementia of any type.  Kaiser-Permanente of Washington state has compiled a 5,000 person data base of 65+ year-olds whose health they are monitoring over time, particularly their mental health.  The study, called Adult Changes in Thought (ACT), found that patients who had undergone cataract surgery were 30% less likely to develop dementia or any type – including Alzheimer’s – over a ten year period.  It’s what clinicians would call a “durable effect” with a reasonably long-lasting difference.

The researchers point to the clearer sensory input to the brain that those who have benefitted from cataract surgery will enjoy, and this is taking into account other medical conditions and variables as the Viagra study did.  The researchers also went so far as to exclude people who were diagnosed with dementia within two years following cataract surgery to eliminate the potential influence that dementia might have on people’s awareness of their visual capacities.

Both of these are observational studies, not clinical trials, so we should wait for better data, but they are nonetheless quite promising.  There also is a larger story line here in that people who take better care of all their health needs likely will do better on most measures of health status including cognition.  Note to self…

It’s Not a Resolution – It’s Self-Care
If It’s Not Happy or Merry?