HDL Graduates from “Good” to Better 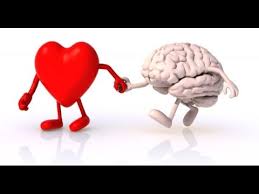 You may have had the conversation with your physician about your cholesterol levels during your annual physical; there are three of these they follow.  Your LDL, the one that can gum up arteries, is the more worrisome, but it can be managed by diet and exercise bringing LDL down as much as 15%.  Triglycerides are created by the excess calories your body keeps on hand for building cells and for energy between meals, and the excess are stored in fat cells.  There is a role for diet and exercise here as well.  High Density lipids, HDL, help to clean up excess cholesterol in our bodies, so it’s often referred to as the “good cholesterol,” and exercise has been shown to elevate HDL as much as 20%.  More HDL plus less LDL and triglycerides are the recipe for better cardiovascular health.

Scientists, with funding from the National Institutes of Health, have found that HDL also circulates in another system in your body, your cerebrospinal fluid (CSF).  And it is doing good work there as well.  The scientists studied 180 patients 60 years of age and older (average was 76.6 years old) to see the effect of HDL in their cerebrospinal fluid.  Having measured how much HDL all of these individuals had in their CSF, the scientists also measured performance on three different domains of cognitive function.

This kind of research is quite remarkable because it begins to reveal what precedes the onset of dementia, not just what the effects of dementia look like with its tau tangles and beta amyloid plaque.  It shows that HDL and the chemicals that comprise HDL may at the very least be early biomarkers for the onset of AD.  And at the most, the research shows there may be a path to steps that can help prevent or delay the onset of Alzheimer’s disease.  And at the very least, the role of HDL encourages all of us to more healthful diet and exercise as part of a program not just toward cardiovascular health, but also toward cerebrovascular health.