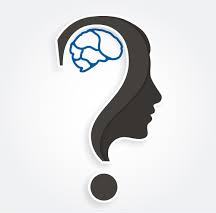 Dementia is the condition that adult Americans fear the most, and tragically there are conditions that can give a false alarm to trigger that fear.  What walks like dementia and quacks like dementia may not necessarily be dementia!  There are a number of medical conditions that mimic dementia – quite convincingly – until the condition is examined more closely and treatment is administered.  So, in a real sense, dementia is a diagnosis by exclusion…diagnosis by eliminating the “look alikes”.  Did you know that…

So these are three conditions in which dementia can be the wrong diagnosis, and they are also issues that can be remedied.  There are more conditions that can pose as dementia, but they are not.  They may not just go away on their own, but unlike dementia, they can, in fact, “go away.”   More to come next week.

Diseases that Mimic Dementia…But Are Treatable – part 2
Can I Have A Hug?