Geriatric Care Manager > Geriatric Solutions > Can You Live to 150? 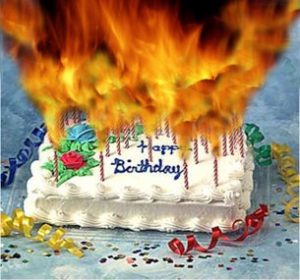 During this seemingly relentless pandemic, it may be difficult to think about longevity as the COVD virus has swept through all populations in all countries with some scary and mortal consequences.  But let’s be aware of the miracle – seemingly overnight – that science emerged with not just one, but multiple vaccinations to protect us against the scourge.  In similar fashion, science has been creating the opportunity to extend both quality and quantity of life for decades.  There are some scientists who mathematically and medically argue that the first person who will live to 150 years old is already born and walking among us…some say the 200 year old is in the crowd also.

Not all scientists agree…surprise, and they fall into two camps that are aptly named “pessimists” and “optimists.”  It starts with the simple fact that in 1990 there were approximately 95,000 people in American who had hit their 100th birthdays.  By the year 2015 that number had climbed to 450,000 centenarians.  The numbers of supercentenarians (110years+) have also increased dramatically across the globe – in Japan, for instance, they increased sevenfold from 2005 to 2015.  The record presently is with a French woman who lived to 122 years of age before she died in 1997.

Back to pessimists and optimists.  Pessimists hold that risk of death increases exponentially with age so that the odds just require that a person hit a limit.  Optimists talk about that exponential increase being true – up to a point.  That point is 80 years old.  Once people reach 80, the risk of mortality plateaus with the odds of survival being all of fifty percent each year starting with 80 and stretching to … who knows where.  The argument between these two camps goes on, and the data are not entirely on one side or the other.  But living to 80 gets you the ticket to the next level.  Those who wish to live to 150 need to get to 80, of course, and then see which school is correct.

How to make it to 80?  Well, the French woman smoked a cigarette most every day, had a brandy and enjoyed chocolate, so maybe there is no one path that does not also include good genes and good medical care.  But scientists suggest some simple recommendations to maximize everyone’s chance to reach the 80th birthday:

And exercise 30+ minutes at least three times a week; it’s important to keep an engine running periodically so that it doesn’t “rust out.”  Oh, and the pessimists and optimists…one scientist from each camp wagered on this one.  Each put $150 each into a growth fund in 2000 betting that whomever is right about a documented case of anyone living to 150 years old would claim the growing fund … in the year 2150.  Recall I said that this future 150 year old may already be walking among us now…let’s be on the lookout.

To B or Not to B12?
Three Milion More Victims…