Would You Want to Know?

elder care > Alzheimer's disease > Would You Want to Know? 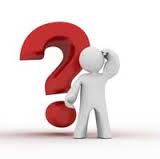 National Geographic has a new documentary series, Limitless with Chris Hemsworth,  starring, of course, Chris Hemsworth of Disney’s Marvel Universe.  You may be more familiar with him by his major screen name, Thor!

Mr. Hemsworth, as you likely know, is a pretty ripped 39 year old man who in this series goes through a fair bit of testing – both physical and biomedical.  In the series’ course, Mr. Hemsworth consented to some genetic testing to help with a storyline about how to make the best body out of the genetic code you’ve been born with.  How does one fight aging while also maximizing fitness and performance.

Chris Hemsworth was willing to take all the tests as well as go on camera as the results were shared with him, and one of the tests was for the genes that predispose a body to Alzheimer’s disease, APOE4.  He was informed on camera that he had not one of these genes, but two of them.  He says he is thankful to know so that he can gather together a veritable arsenal of tools…diet, exercise and more to give him better than the predicted odds.  Let me talk a bit about diet and exercise and the long overdue need for an effective medication to take on Alzheimer’s.

Regular exercise, the 10,000 steps, upper body strength and endurance do not begin to describe what “Thor” was willing to do to improve his odds, to fix the game more in his favor.  His operating mantra is effectively that this test is not a diagnosis; it is a warning.  Thor went so far as to train with Navy Seals.

Walking or swimming are the low, but effective, bar to clear.  The old rule of thumb was 10,000 steps a day for walking, but for those over 65, 6,000 may still work well.  The World Health Organization recommends 150 minutes of moderate exercise per week, or 75 minutes of more vigorous exercise.  These are to be complemented by strength training twice a week.  There is more that can be done, but that would be a post unto itself.

Mediterranean, MIND and DASH.  The Mediterranean Diet which revolves around fruits, vegetables, whole grains, beans and other legumes and seafoods.  It’s important also to steer clear of saturated fats, choosing instead olive oils.  Minimize (really, not aspirationally) your intake of sugar, red meat and to some extent eggs.  The DASH diet has a more cardiovascular focus that looks to reduce salt intake, because it also reduces cerebrovascular and Alzheimer’s issues.

There are no drugs to stop or cure Alzheimer’s disease yet, although some of the new or upcoming approvals from FDA may slow the progression of the disease, albeit modestly.  The future of Alzheimer’s treatment likely will be using complementary drugs in combination as is often the case in cancer or cardiovascular conditions and more.  You probably have already heard of the FDA approval of aducanemab (branded as Aduhelm) within the past year.  What was initially received with great excitement … well … fizzled. The efficacy of this once-heralded drug to fight the accumulation of amyloid plaque had significant downside.  It didn’t improve cognition based on tests, and it had an unfortunate tendency to cause cerebral and related hemorrhaging, headache, dizziness and confusion.  Did I mention that it was an IV-administered therapy and Medicare did not approve payment to cover the drug?

Biogen and Eisai (developed Aricept), of late, have a more promising therapy to address amyloid plaque build-up, lecanemab. This drug has met both primary and secondary endpoints in clinical trials which include cognitive measures.  It is not yet approved, but shows real promise.  Other drugs that have moved to Phase 3 trials are showing complementary efficacy to lecanemab.

One, Cassava’s simufilam is in Phase 3 Trials having already demonstrated cognitive efficacy using an altogether different biopathway.  In its Phase 2 trials, it registered impressive improvements in cognition by restoring the normal shape and functioning of a protein called filamin A that becomes warped in the brains of people with AD with very minimal side effects.  There were Wall Street traders who sought to make Cassava another GameStop opportunity to “short and distort,” but that is a whole other distraction.

Another, Annovis, has been addressing another impact of Alzheimer’s disease, the proteins that are neurotoxic in the brain.  Buntanetap is the working name of this agent which also is an oral medicine that repairs the axonic transport lines within the brain, restoring normal function.

There are more.  Some address the agitation often associated with later stage AD and others address enzymatic, neural or other pathways susceptible to Alzheimer’s attack.  Visit the federal Clinical Trials registry to learn more, but be prepared to spend some time.  There is a lot happening within the Alzheimer’s disease space…but that is the good news for Chris Hemsworth and for the rest of us with aging loved ones.

At the end of the day, ask yourself “What Would Chris Hemsworth do?  In his words:

“…if I didn’t know this [Alzheimer’s] information, I wouldn’t have made the changes I made. I just wasn’t aware of any of it, so now I feel thankful that I have in my arsenal the sort of tools to best prepare myself and prevent things happening in that way.”

What would you do if you knew?  Chris’ route is not one of denial, but of knowledge-based proactivity that we all can benefit from following.  Get your sneakers on!

Charlotte Bishop is an Aging Life Care Advisor, Geriatric Care Manager and founder of, certified professionals who are geriatric advocates, resources, counselors and friends to older adults and their families in metropolitan Chicago.  She also is the co-author of How Do I Know You? A Caregiver’s Lifesaver for Dealing with Dementia.

One More BIG Addiction?
Saying “No” May be the Right Answer