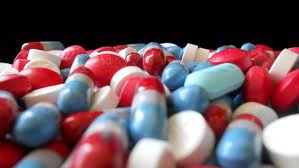 September is Alzheimer’s Awareness Month, and this is the third of four posts we’ll offer on the subject. I have been hoping to post with a subject line like “First Cure for Alzheimer’s Disease.”  I would settle for “First Effective Treatment for Alzheimer’s Disease.”  Sadly, neither of these seem even close to what we can expect anytime soon.  But as I noted in an earlier post, there are nearly 3,000 clinical trials in progress on various tests, predictors or treatments of Alzheimer’s Disease.  And 172 of these trials represent 143 therapies under investigation.  Tests and biomarkers are almost as important as treatments.  These studies will help to identify the condition earlier in patients as well as help scientists to better understand the disease progression.  They can then more effectively investigate a cure or a way to at least slow the progression of this diagnosis that most people fear more than death itself.

Thus far, the only FDA-approved therapies have been very limited in slowing the progression of Alzheimer’s disease, and the most recent approved therapy has been so ineffective that Medicare will not even approve reimbursement for its use.  Here is a brief overview of what have been the approved medical treatments for Alzheimer’s:

So far, these treatments have not been very effective or effective for very long. Most of them tend to focus on beta amyloid and tau tangles, and this whole concept has come under fire, of late.  The contention is that early research setting this premise for treatment may have been based on doctored evidence.  More to follow on that controversy at some point, but other controversies have created their own firestorms.  With approximately 6 million people already diagnosed in America, you can imagine how much is being invested in finding an effective treatment.  When there is good news, we will get it to you as soon as practicable.

Charlotte Bishop is an Aging Life Care Advisor, Geriatric Care Manager and founder of, certified professionals who are geriatric advocates, resources, counselors and friends to older adults and their families in metropolitan Chicago.  She also is the co-author of How Do I Know You? A Caregiver’s Lifesaver for Dealing with Dementia.