The Fear is Mutual: What Caregivers to Alzheimer’s Patients Need to Know

elder care > Alzheimer's disease > The Fear is Mutual: What Caregivers to Alzheimer’s Patients Need to Know 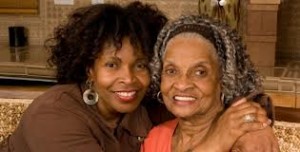 I’ve talked about this often in past posts: older adults have a greater fear of Alzheimer’s than of any other medical condition.  In a recent survey, 39% of adults over age 55 feared Alzheimer’s while cancer trailed with 30% of these respondents reporting that as their fear.  What we don’t hear as much about is the fear that the future caregivers of Alzheimer’s patient have…and with what they will have to cope.  They don’t seem to have done any surveys, about future caregiving to an Alzheimer’s patient, but it’s likely the fear is mutual.

When first confronted with a loved one’s diagnosis, caregivers naturally ask what they may now expect from their loved one…but the answer is a moving target.  The symptoms of Alzheimer’s disease devolve over time which dictates their capabilities and the appropriate interactions from the caregiver.

Stage 1: It’s called mild or preclinical, because before the diagnosis is even made a patient’s brain is losing some of its original capabilities.  During this first stage, loved ones may begin to see some changes in word-finding ability, name recall or what we can often write off as just “forgetfulness.”  My husband’s mother had vascular dementia, but her early experiences were very parallel to Alzheimer’s.  One of her go to questions came to be, “How do I know you,” which we used as a title for my book on dementia.  Planning became more difficult, so she found it increasingly easier to simply let others organize her days and her life.  Loving caregivers responded by simply picking up the slack in order to preserve her quality of life and her dignity.

Stage 2: In some ways the progression to this stage is an amplification of the early stage symptoms, but diminished nerve cells take an understandable toll.  As a caregiver, one learns to not simply remind the Alzheimer’s love one, but perhaps to also pick up the slack.  The forgetfulness also extends to more fundamental activities of daily living.  A caregiver will not merely help with finding the right word, but also the appropriate clothing for the season and other choices that earlier were almost done without a thought.  Caregivers should also look for psychological withdrawl or moodiness and offer comfort. The patient will still continue with normal activities of daily living, but require more assistance.

Stage 3: The final stage is marked by a graduation from anything that could be called mild impairment to more obvious shortcomings.  A client once described life with his Alzheimer’s mother as having graduated from getting only four hours of uninterrupted sleep a night to now having only four hours of interrupted sleep each night.  In this stage it becomes increasingly important for a caregiver to seek added help for what has become constant demands from their loved one.  The patient’s overall health also is affected.  It also takes a special kind of love as personality changes also begin to surface to the point that the loved one no longer is herself, but soothing music or loving touches can help.

Alzheimer’s ultimately does “take a village” with professional support as well as the loving help of friends and extended family.  It also is a significant help to have had a family health care provider engaged from the early stages forward so that they also have monitored as the caregiver sees the changes that need to be addressed.  And everyone sees the patient who was and is.  Let me also add that it is very important to seek out caregivers and care managers who are certified and accredited in supporting the family as well as the patient.

The “Other” Health Concerns for Older Adults
After COVID, What Next…Parkinson’s?