How to Be a Super-Ager

When you were young, you may have dreamed of being like Superman or Wonder Woman.  They both had remarkable powers that made them more than just better than the average person or even the best among the average humans.  They had powers that came from something very special about their makeup, in the former case, well, “super powers.”   Scientists at Northwestern University’s School of Medicine are using similar language now to refer to a rather small subset of people who live to be not just over 90 years of age, but some to be old enough to celebrate their 120thbirthday.  They are “Super-Agers.” 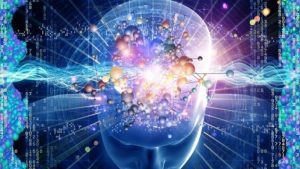 Are you a super-ager?  Well that depends.  The physicians involved in the research are looking at a lot of factors that may help make a superager like psychosocial factors, education, family history, genes, physical health and the brain.  And they are looking at people over 80years of age who have the memories of those 30 years younger as well as a control group of “average” people.  For instance, they have found that super-agers have a thicker cerebral cortex, the important outer layer of the brain responsible for memory, attention, language and thinking.  It was thicker than the normal agers, about the same size as members of the younger, middle-aged control group. There were other exceptional facets of the super-agers’ brains such as that part of the brain that controls social behavior.

The scientists also have taken blood samples to further assess the DNA of the superager.  So, if it is all based on the genes we receive, or as some say the parents we have chosen and that these people may be less numerous than only one of every hundred within the overall population, what’s the point?  Well, one of the researchers points out that you don’t have to be the one who has the right genes to live longer.  If they find that the superager’s’ genes turn off a certain protein or turn on a certain metabolic process that contributes to longevity, then you don’t have to have better genes to live longer.  You just have to have some help to adjust the proteins, the metabolic processes or whatever it is that works the magic.  So, there may be good news for us all.  If you have an older loved one in your orbit who shows signs of being a superager, encourage them to reach out to NU’s medical school…today.