Is It Medicare (Dis)Advantage? 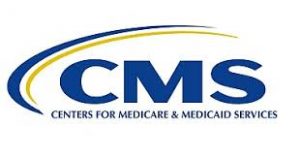 The estimate is that about 28 million older Americans have opted out of traditional Medicare and for what are called Medicare Advantage plans.  They are not just Medigap which came about soon after Medicare was enacted to help pay for what Medicare did not cover, like prescription drugs and more.  They are touted as plans that can offer better services, more services or better value, but these “advantages” have been brought into question lately.

There may be value in these plans, but they also go on record with tens of millions of denials for tests or services each year.  A report from Medicare administrators (part of the Centers for Medicare and Medicaid Services, or CMS)  found that three-quarters of denials for medical services to covered patients were reversed on appeal.  An investigation further found that 18 percent of payments for care that had been denied would actually have been covered by Medicare.

Insurers use a step in the medical process that requires that approval be sought from an insurer before a procedure can be covered; they’re called prior authorizations.  These “prior auths” appear to have been expanding well beyond what they originally were intended to do.  The step was initially set up to stave off expensive or unproved procedures and medications.  A new medication perhaps has been found to work against a different diagnosis than was originally approved by FDA, but it might not be approved for coverage until it has become a “standard of care.”  But it has been used far more commonly to deny a host of services, tests or prescriptions, and patients may not know that they can appeal…or at least give the feedback to the provider who ordered the services, tests or prescriptions.