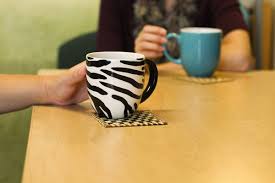 Question:      Who prefers coffee…and who prefers tea?  Which is healthier for you?

Answer:        Both together are better for your cardiovascular health than either alone.

We see a continuous stream of nutritional information about what colored food is best for us (hint: brightly colored) or that flavonoids are healthy or that high fiber is key to any diet or how many calories should be consumed daily.  Yes, the list is seemingly endless.  And there can be a lot of accumulated data that are used to support a given position on any of these sources of nutrition, but we don’t always see really large population studies over very long spans of time.  Well, in Britain where the government picks up the tab for people’s health care, they invest in broad-based studies to improve health, and what better place to start that with what people eat or drink.

Tapping into an existing panel of nearly 366,000 study participants who are part of a panel of the UK Biobank, scientists were able to follow these individuals’ tea and coffee consumption as well as their health statuses for a median of 11.4 years.  What they found may be rather surprising, and the statistical significance of the results was even more startling.

The researchers found that of these nearly 400,000 people, 2.8% experienced a stroke and 1.4% developed dementia (the vascular, not the Alzheimer’s dementia) over those 11.4 years.  These health outcomes were tied to tea or coffee consumption.  Those who consumed two to three cups of tea or coffee showed a 30% reduction in strokes and 28% reduction in dementia.  Those who drank less than two cups of either beverage had much smaller reductions in either health outcome.  The greatest benefit came to those who drank two to three cups of both tea and coffee daily, and the difference from the non-drinkers was slightly better, 32% and 28%, respectively.  The odds that these 32% and 28% reductions could have occurred by chance alone were between one and two in a thousand!  The researchers continued to follow patients who had strokes and found that the coffee and tea consumption protected them even more from vascular dementia.   Again, there was no discernable benefit for Alzheimer’s disease or for that matter hemorrhagic stroke.

As a final note, if you were to peruse the 600+ posts to my blog over the years you will find a theme.  Paying attention to our diets and exercise are the two best things we can do to live both well and longer.  The next time a friend suggests you meet for a cup of coffee or tea, you now have one more reason to say yes…and maybe ask for a refill.

HDL Graduates from “Good” to Better
When That Doesn’t Stink…