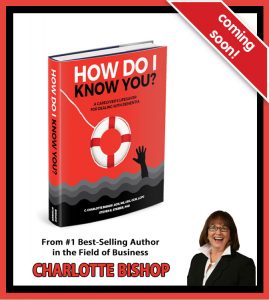 This is the first in a series of posts on dementia in advance of the release of my new book, “How Do I Know You? A Caregiver’s Lifesaver for Dealing with Dementia.”  It will be released in July through Family Solutions Press of Los Angeles and available from Amazon. We will keep you up to date on details.

There have been new diagnostic breakthroughs and some pharmacological, nutritional and other ways that have proposed to help slow the progression of this disease, but the fact is that they have no substantial or durable effect. Alzheimer’s remains the only disease in the top ten causes of death in the United States that cannot be prevented, cured or slowed.

Dementia is a category that includes about 100 specific cognitive conditions. Generally speaking, most dementias are diagnoses of exclusion. That is medical talk for the fact that one narrows down what a person is manifesting by successive steps of eliminating other possible explanations for a behavior. For instance, a medical work-up when dementia is suspected will include a review of all the medications a patient may be taking. Some medications have a pronounced effect on a person’s memory, noteworthy among them most of the sleep aids such as diphenhydramine, or Benadryl. Yet, this typically results in memory lapses that will recede if the medication is stopped.

Doctors now also talk about “risk factors” for dementia that they place into three major categories. The first they tie to “body composition.” Simply put, what physicians have noted is that people with more fatty tissue, or a higher Body Mass Index (BMI), is associated with more amyloid deposits on the brain, a precursor of Alzheimer’s. The second set of risk factors center on “inflammatory processes.” Increased blood levels of sugar and cholesterol are associated with higher risk of dementia as well as heart disease…something of a double hit. Finally physicians also look at how well a person scores on “cognitive tests.” Dementia often is thought of as forgetfulness, but it really is the inability to process information and make a retrievable memory. They have cognitive tests that can measure that, one of which they call the Mini-Mental Test. A person’s cognitive health also is enhanced by creative pass times like playing a musical instrument, taking adult education or actively engaging in stress reduction.