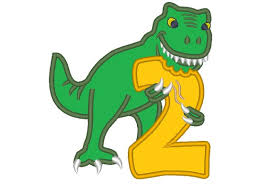 If dementia were a foot race Alzheimer’s would be number one, but the first place finisher of this race might not even be able to see the runner-up on the track to the rear.  The Alzheimer’s Association estimates that there are about 5.8 million Americans of all ages currently living with the second place condition.  Lewy Body dementia, considered to be number two in prevalence in America, totals only 1.3 million people, to date, but researchers at the Mayo Clinic suggest that this number may be a profound underestimate because of the nature of the disease.

The “Lewy Bodies” which are the hallmark of the disease of the same name accumulate in the neurons of the brain and affect both cognition and movement.  As a result, it often is misdiagnosed as Parkinson’s disease.  And the cognitive part of the decline often confuses it with Alzheimer’s disease or even vascular dementia.  To make it more confusing, Parkinson’s disease has its own dementia manifestation.

So, what does one look for that can be a clue that a loved one may have the onset of Lewy Body Dementia?  First, this is a diagnosis for a neuro-psychologist, not a family member, but be aware of changes like the following so that your loved one who may have the second place dementia can get the best help as early as possible:

If you’re thinking that all of these symptoms look like other dementias or like Parkinson’s, then you can appreciate why Lewy Body Dementia can be misdiagnosed.  So, it may be number two, but it may be a lot closer to the first place in this category than we know.

What Alexa Won’t Tell
As Bad as Alzheimer’s?