Alzheimer’s and the Need to Know 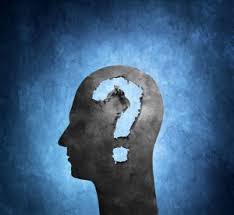 New research recently reported sheds some light on what we need to know about Alzheimer’s as well as what we may not want to know.  Please allow me to explain.  You likely have heard of some of the genetic advances that now allow labs to identify certain individuals who are more likely to develop Alzheimer’s disease (AD) based on the apolipoprotein E ( APOE) ε4 allele risk factor for AD.  Very simply, those who have this gene are at a higher risk of developing late-onset Alzheimer’s, but how this happens is not yet fully understood.

Scientists conducted a study among people with this genetic expression by dividing the individuals into two groups based simply upon whether they knew they had the gene or not.  All individuals had the gene expression, so if they were randomly divided into groups one would expect that any person would have the same chance of having cognitive problems as any other individual.  What the scientists found was quite remarkable.  These study subjects were asked to rate their own memory performance and mental processing on a number of tests.  Their actual performance was also quantified by the scientists.  At the end of the testing, those people who knew they had the gene performed the same as those who did not know on the objective tests.  When they scored themselves, however, those who knew they had the gene did worse than those who were unaware they had the gene.  So, a person has to ask whether they will be better off knowing that they have a predisposition to AD or not?

In a more upbeat bit of clinical research among Alzheimer’s patients scientists offer a glimmer of hope for even those who may be predisposed to AD.  It is a federally funded study and the largest and longest duration study of this type.  Over a period of five to six weeks the experimental subjects were exposed to a number of hour long sessions in either reasoning, memory or processing speed, cognitive abilities that often decline as individuals age.  All individuals were tested for cognitive ability at intervals up to five years from their initial training, and those who had been trained did better than those without the training.  Even ten years out, there was a positive difference between the two groups, but the trained group did tend to decline somewhat from where they had been.

So, if you are a caregiver to an older loved one, you may have one question along with one certainty.  First, do you want them to have the test if knowing can be its own down side?  Second, you should know that you want to encourage them to be socially active and intellectually challenged.